Remember when Bing came out? It was a little freaky how every single Microsoft blogger simultaneously started referencing Bing instead of Google. In fact, Google has become something of a taboo among Microsoft bloggers. Shortly after Bing’s launch, I heard a couple of Microsoft presenters make light of the topic (“so if you Google this… ah, I mean… Bing this, because we don’t use that other search engine, right?” as he continues to use Google); but they were careful not to get on record (their blog entries always do use Bing).

Bing has some pretty good innovations. I saw a video of Bing Maps in particular, where they showed not only the 3-D perspective with skylines and everything, but also live video if it was being shared with location data. That was pretty cool, I thought. I’ve also read how their street view is higher resolution than Google’s (though Google has now gone near-HD as well, and are gradually redoing all their older street views).

The other day, I was looking for a good street view of an unfamiliar nearby location; Google’s was too fuzzy to make out the name of the business, so I figured I’d give Bing a try. Bing didn’t have any at all, which is not too surprising (since I live in Northern Michigan). I tried looking up a much larger city, with no luck. How about the state capital? No.

It turns out that all of Bing’s street view coverage in the entire state is just a few streets in downtown Detroit. So all of Bing’s innovation is completely worthless to me (and the more than 9 million other people in non-Detroit Michigan). Google, on the other hand, kept their innovation secret until they could provide it to the majority of people in the country. Their “street view” innovation was immediately useful when it was announced. 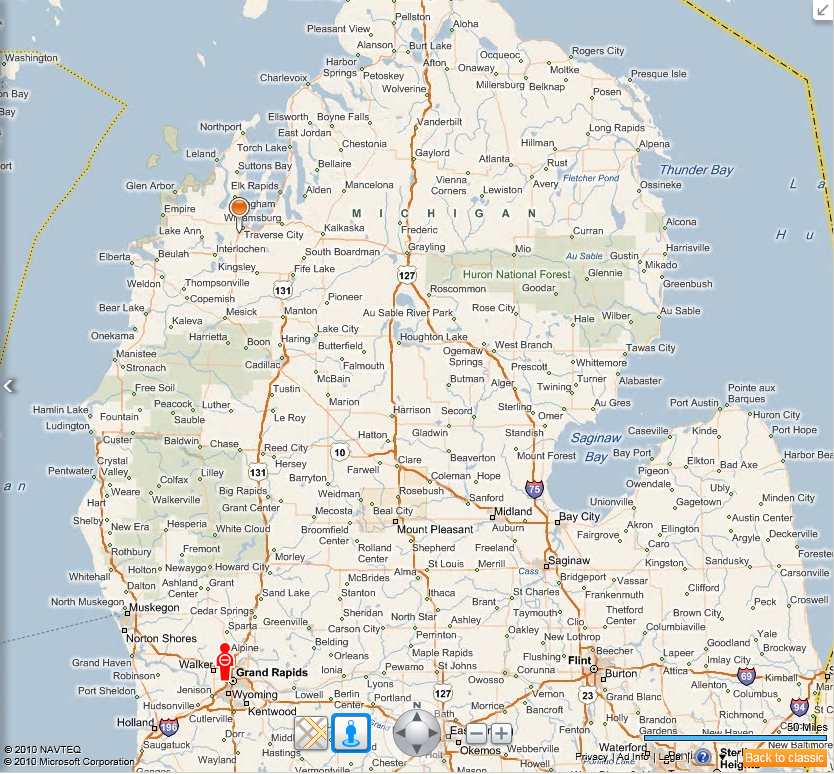 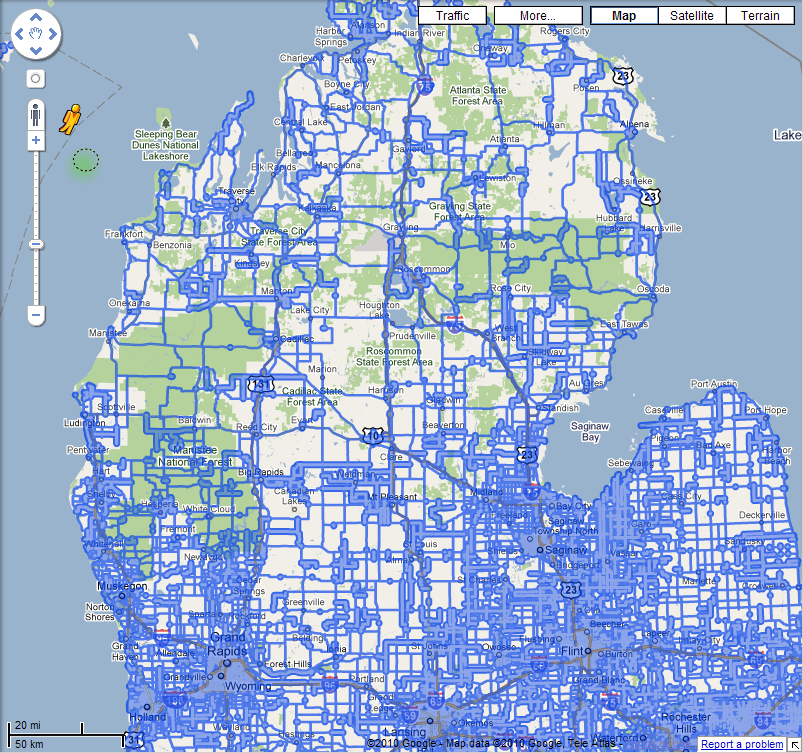