Code Contracts are a wonderful thing. Every new library I write uses CC right from the beginning.

After you’ve downloaded and installed Code Contracts and created a library project, you need to enable CC for that library. Under the Project Properties, there is a new tab called Code Contracts. Here’s the way that I like to set it up: 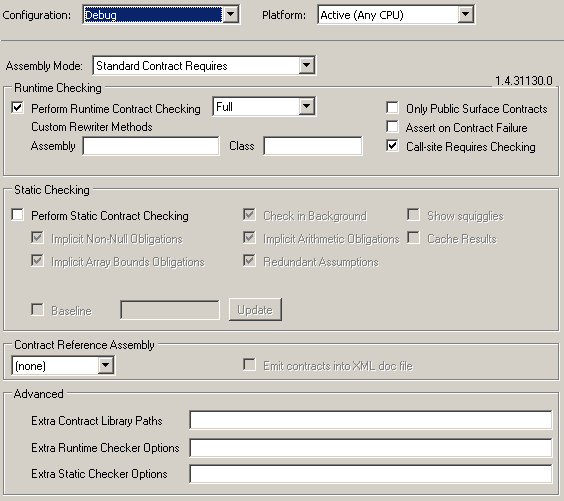 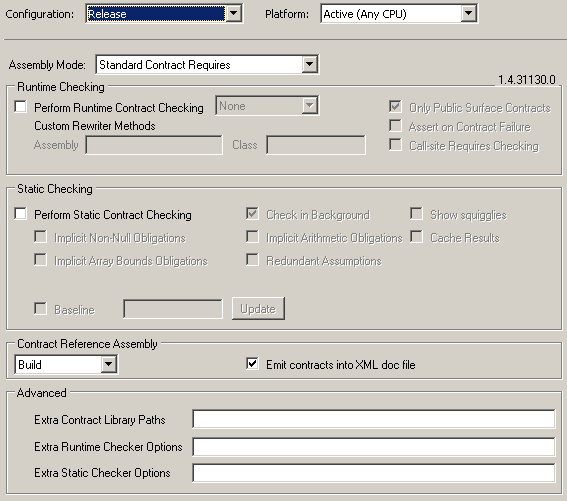 In addition, if you have the Academic or Commercial Premium edition of Code Contracts, add a configuration called CodeAnalysis with all the settings from Debug and also check “Perform Static Contract Checking” and all the other checkboxes in that section except “Baseline”. 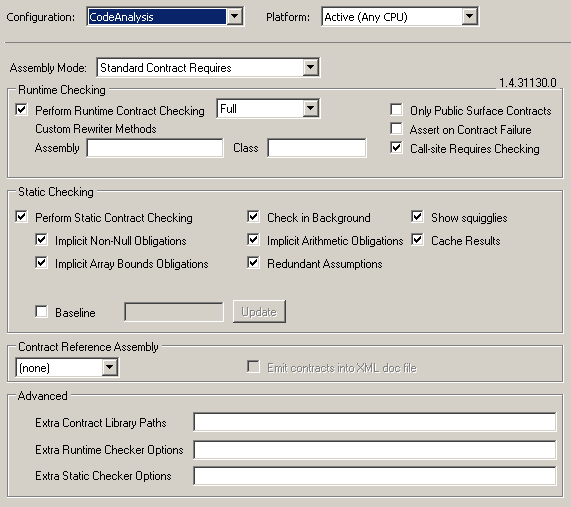 This will give you three separate builds, with separate behavior:

Projects consuming your library should reference your Release build. In their Debug configuration, they should check “Perform Runtime Contract Checking” and “Call-site Requires Checking”; this will ensure that the code contracts for your library’s public API are enforced at runtime (the “Call-site” option uses the “.Contracts.dll” assembly that you built). In their Release configuration, they should leave code contracts disabled, which allows all assemblies to run at full speed. 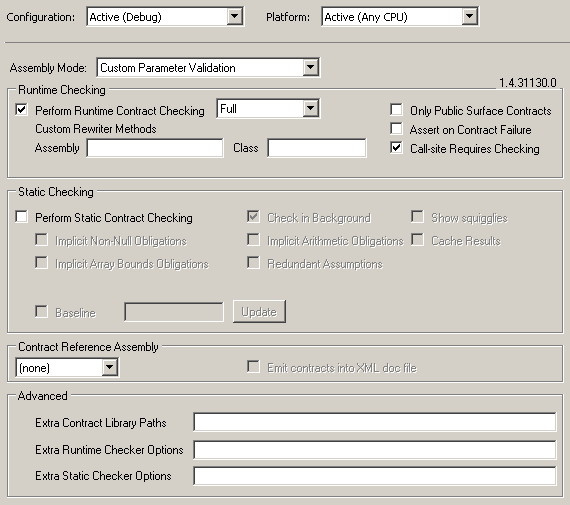 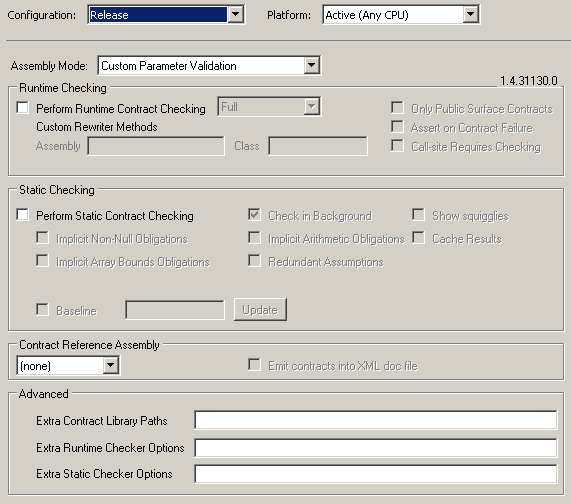 Preconditions require some condition at the beginning of a method. Common examples are requiring a parameter to be non-null, or to require the object to be in a particular state.

Postconditions guarantee some condition at the end of a method. It is often used with Contract.Result to guarantee that a particular method won’t return null.

Reminder: if you’re using the Release build setup recommended above, then all your Contract.Assert and Contract.Assume calls get removed from your release builds. So they can’t be used to throw vexing exceptions, e.g., rejecting invalid input.

In the example below, the static checker would complain because Type.MakeGenericType has preconditions that are difficult to prove. So we give it a little help by inserting some Contract.Assume calls, and the static checker is then pacified.

The Code Contracts library has a thorough user manual available. It’s a bit of a hard read, but they include a lot of information that I’ve skipped for this “intro” post, such as:

Another great source of information is Jon Skeet’s updated C# in Depth - the second edition added a whole chapter just on Code Contracts.